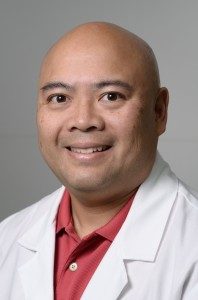 Dr. Guevara has served in many positions in the dental field both in the military and private sector. During his twelve years of active duty in the Army, he was selected for training at the One Year AEGD Program at Ft. Benning GA. He was then assigned to the 82nd Airborne Division at Ft. Bragg, NC. There he served as a Brigade and Division Dental Surgeon. After completing his Endodontic training, he was assigned to Ft. Campbell, KY. There he served as a staff endodontist, and later he was appointed as Chief of the Endodontic Department. He is currently serving as the Deputy Commander of the Medical Detachment of the Hawaii Army National Guard.

Along with his military service Dr. Guevara is active in dental education. While at Ft. Campbell, he was also assigned as the Endodontic Mentor for the One Year AEGD Program. He has also lectured on the local and national level. Dr. Guevara volunteers his time every month to lecture the dental residents from the Lutheran Medical Center. He has been doing this since 2004. Dr. Guevara is also an active volunteer with the Aloha Medical Mission. This organization provided both medical and dental care to under-served people in third world countries. 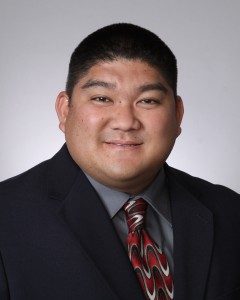 Dr. Matt Eiyoshi Hoshino was born in Honolulu, Hawaii. He became a “Son of Iolani” after graduating in 1991. He continued his education at the University of Hawaii at Manoa before earning his D.M.D. degree at the University of Pittsburgh School of Dental Medicine in 2002. Along with his dental degree, he was presented with the W. Arthur George Award for outstanding accomplishments in removable and fixed denture prosthodontics.

Dr. Hoshino’s general dentistry career transplanted him to the island of Kauai where he was publicly voted as one of Kauai’s Best Dentists in 2007. In 2009, he left Hawaii to pursue his dream of becoming an Endodontist at the University of Pittsburgh. After obtaining a Certificate in Advanced Endodontics, his dedication towards education continues as a board eligible candidate providing informative lectures to graduate dental residents practicing in Hawaii’s public health clinics.

Dr. Hoshino is a third-generation dentist. His dental experience began in 1986 as an Orthodontic Dental Technician for his father, Dr. Wendell Hoshino. His father also introduced him to outdoor activities where he spends his free time fishing, skin-diving, and archery hunting with his wife, Dr. Hsiao-Ling Hoshino.

We have our office at a great location to
serve the Waipahu area. Meaning great endodontic care is only a few minutes from your home.